A fourth year girl said to her mom, " Mumi I want to die.." . Her mother shocked asking her kid " Why you want to die..?" The child said," I want to have wings to fly.. when people die, they get wings."
The mother smiled then she said as an attempt to frighten her child," suppose when flying you have been caught and put in a cage. What will you do?"
The child said," Oh! no, I don`t want to die anymore." Her mother laughed ! However, that answer raises a question of why would a child in her age say something like that?
Actually children have their way in thinking and asking questions. It`s amazing how their imagination can go far away we can expect?! Children are very sensitive of what is happening around them. The ongoing aggression affects on children physically and psychologically. Many children become orphans. They are homeless like their families. A refuge child said, " I don`t want to get back to home because the shelling..." The child`s voice was trembling while he was speaking.. 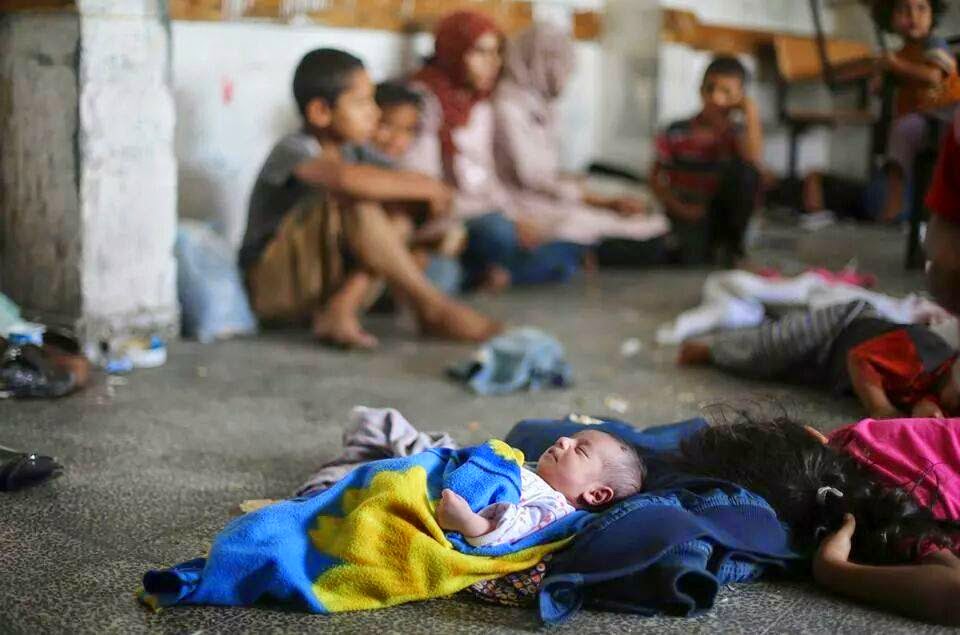 A mother said, "It horrifies me when I think that I could lose my fourth months baby. I want to hold my baby in my arms all the time. when I hear bombings , my house is strongly shaking , feeling it would collapse over us. I want to hide my baby away from shelling. She feels annoyed and whenever she hears a bomb,  she startles and puts her closed hands on her face..." 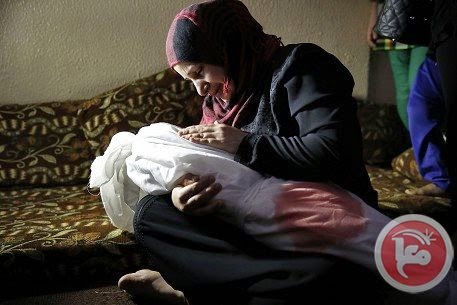 A mother farewell her child

The Assassination of Innocence

Death is everywhere harvesting hundreds of  lives due to ongoing Israeli Aggression against everything alive. About +242 children are killed.  The children lives are stolen by Israeli murdering machine. Israel doesn`t want to see a glimpse of happiness on children faces so Israeli warplanes target them while they are playing on sewing during the first day of Eid, which is for celebration after a month of fasting. A child who witnessing the horrible attack said, " We just were playing." She was crying but she knows nothing about the reason of why an Israeli warplane would target her.!!.

However, Israel targets children but it could not put a limit for children desire to play and run. Abu baker children practiced their right of play so they went out without their parents' permission to play football at the beach. Israel saw in this a danger that threatens its" national security".  Therefore, Israel gives the right to defend itself by killing those innocent children. 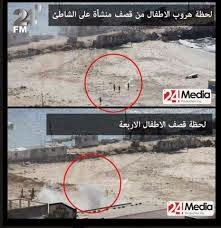 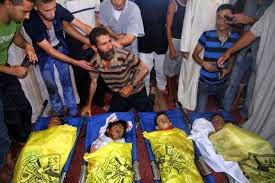 A fleeing mother from Khuza`a said," Scores of people were running in the streets when the shelling became extensive and targeted houses randomly. Israeli snipers were above some buildings. An Israeli sniper shot my child and killed him and the other injured . I was in between my kids holding their hands and running. They saw us and shot towards us. It`s not a mistake."

By examining the number and the conditions of children death , it shows that targeting of children is deliberate and systematic.
Posted by عالبال ياوطن at 14:42