Is breakfast really the most important meal?! 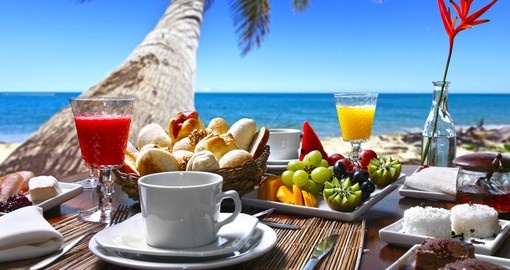 "Breakfast is the most important meal of the day" was first used for commercial purposes in the mid 19th century to sell newly invented breakfast cereal food stuffs.

However, researchers found out that breakfast meal can affect humans physically and mentally. Breakfast immediately raises the energy level of the body, increasing vigor and vitality. It reduces blood cortisol levels and helps control appetite, which over the long-term, can significantly impact on body composition. Breakfast also increases cognitive function and the ability to concentrate.

A team of researchers of Cardiff University in Wales, Britain found that those who regularly had breakfast performed better than their peers who skipped that meal.

Nutritionists say the body needs a strong energy booster in the morning to fully wake up from its night-time break.

“People who leave the house without eating anything in the morning tend to have trouble focusing,” says Harald Seitz, of the German Federal Nutrition Centre.

But Is there a link between breakfast meal and obesity ?!

A study was conducted by the Institute of Population Health monitored the breakfast habits of more than 1,500 Canadian pre-school children. The authors concluded that eating breakfast every day “is associated with having a healthy body weight, likely due to a more even distribution of energy intake across meals throughout the day.”

Furthermore, researchers at the University of Milan released a report arguing that skipping breakfast may lead to overeating later in the day, “possibly leading to weight gain over time and deleterious changes in risk factors for diabetes and cardiovascular disease.” The authors concluded that eating breakfast regularly “may reduce the risk of chronic diseases due to the potential impact on the composition of the overall diet.”

More researches are coming up to find other relations of a breakfast meal to the human body. But it appears that breakfast is an important meal.

Nutritionists say that breakfast meals should be healthy that provide a variety of nutrients but sweets, cake, and fizzy drinks don`t belong on the breakfast table because they do provide the body with energy, but they contain few vitamins, minerals and trace elements if any.